It’s been a hot minute since I wrote here – life can really take over sometimes. The best friend, who currently lives in Georgia, was in town this week and we went on a few adventures to catch up on lost time.

After picking her up at LAX, she had a meeting nearby whilst I did some necessary shopping in the area. I don’t know what it is about shopping for stationery supplies, but it’s like I’ve completely regressed to my five year old self. Our first mission was to grab some food at Porto’s Bakery. Of course, there isn’t a quick way to get out of the LAX area, so that alone took at least an hour. We ordered our much needed potato balls, Pan con Bistec, carrot cake, strawberry shortcake, and passion fruit iced tea. It really should go without saying, we were in a self-induced food coma for a good while.

Afterwards, I just ran a few errands and we killed some time in Burbank. We eventually had the bright idea to go try and see Saturn through the telescope over at the Griffith Observatory. However, that was a large fail as we were just stuck in traffic the whole way up, couldn’t find parking, and just left. To make up for that, we just went home to play the Bean Boozled challenge. By far, the most disgusting thing I’ve ever put in my mouth. Rotten egg totally took the cake, and the flavor lingered so much I swear I smelled and tasted rotten egg for the next couple of days.

On Day 2, I had to get some stuff done while the bestie met up with her friend. I might have overdosed on Starbucks Americanos because I was feeling sick come 2:oop.m. Turns out all I had had before then was a donut and my body was letting me know it was time to eat some real solid food. We headed over to the Shake Shack in West Hollywood. I was excited, but my expectations weren’t incredibly high because I’m such an In-n-Out girl. We ordered the Shack Stack, which is a fried portobello mushroom in a cheeseburger. Oh. My. Word. I honestly could have just had the mushroom as my “patty”. It was fried, cheesy, amazing goodness. Man, my mouth is watering just thinking about it again. 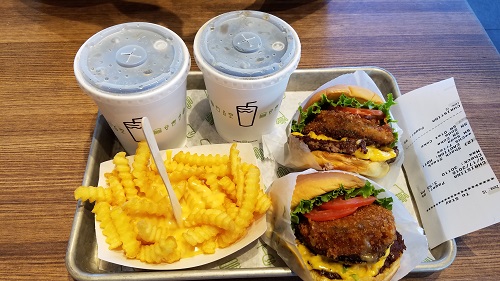 Continuing on our food trip, we headed over to Jeni’s Splendid Ice Cream. Super tiny portions, but the brambleberry crisp and salted caramel were absolutely legit. I may have to go and get a pint of the salted caramel just to keep in the freezer. Yummers.

With no real concrete plans on our adventures we decided to go see Star Trek Beyond because how can you not go say hi to Chris Pine. It was actually a really good movie, I enjoyed it more than the second one. Plus, seeing Chris Pine’s gorgeous eyes on the big screen was well worth the venture out. I, also, might have welled up a little at that Leonard Nimoy tribute.

We grabbed street tacos from Leo’s taco truck by the house because a friend had raved about their al pastor tacos, and, yes she was not exaggerating at all. I think I’m going to hit that truck up again real soon. Mmm. 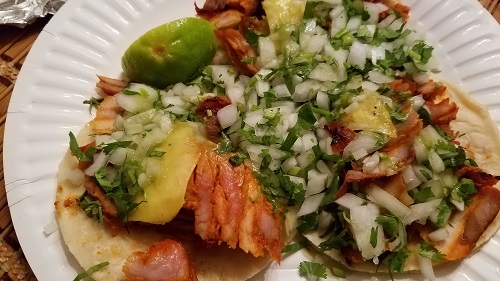 This was massage day! Before that, we made a necessary coffee stop to Urth Caffe to try out their honey vanilla latte. With lattes I typically get them hot, but Los Angeles weather did not allow for that, but even iced it was pretty darn amazing. 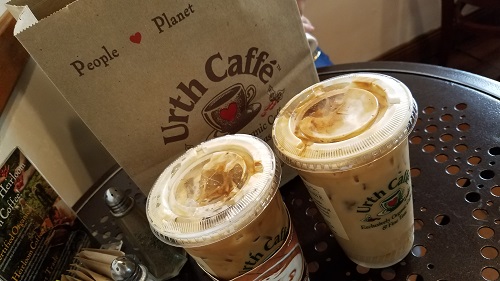 We headed out to get our massages at The Massage Place. By far, the best massage I’ve gotten in my life. There was a point where she stepped on my back and it was mind-blowing, if that. I would tattoo my masseuse’s name on my shoulder if I could. The place is really a no frills place, but boy do they get the job done well.

Bestie wanted to go visit her old office afterwards, so we stopped by Nothing Bundt Cakes, where she essentially was one of THOSE customers lol.

Another friend had been raving about Apple Pan burger, so we decided to make that our obligatory burger for the day. A true solid cheeseburger with a cute grandpa working. The meat was definitely tastier than the one at Shake Shack and much thicker. Mmm. Ooh and the cheese… yeahhh.. 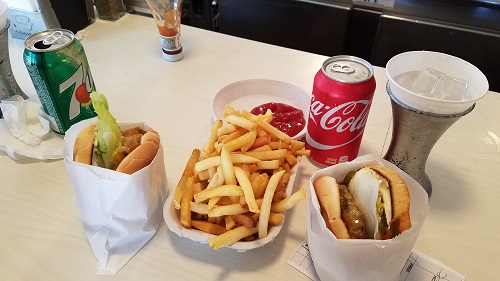 After a Post Office trip and too much traffic, I was long over due for a siesta. So we headed back home where I slept for an hour or so before heading out for some good ol’ Pho. I had gone a couple of weeks ago to a Pho place in the mall, and it’s got nothing on those hole in the wall places in Koreatown. Also, I discovered the correct way to eat the onions they give you haha. After, we got some boba at my regular place and we tried the strawberry peach boba. Wow. Sometimes you really do need switch it up a bit because that was really strawberry and peach with boba.

Last full day with the bestie was the beach and wine tasting day. We had been craving curry pan, so we stopped by Little Tokyo first and got some curry pan at Yamazaki and coffee at Cafe Dulce. I really don’t know how they get that curry pan to taste as amazing as it does, but goodness. 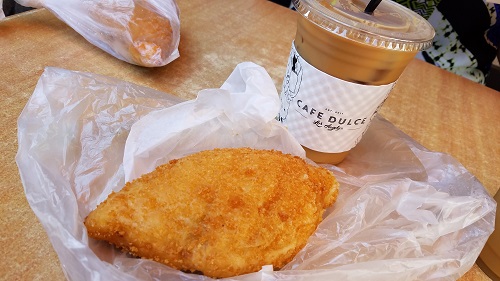 After breakfast, we headed on over to Santa Monica to catch some rays and for me to catch some water Pokemon (not joking). The weather was absolutely perfect for beach day. We got some souvenirs and had lunch at Bubba Gump. Lt. Dan’s Drunken Shrimp was on point. The sausage was absolutely yummy and the shrimps were gigantic. 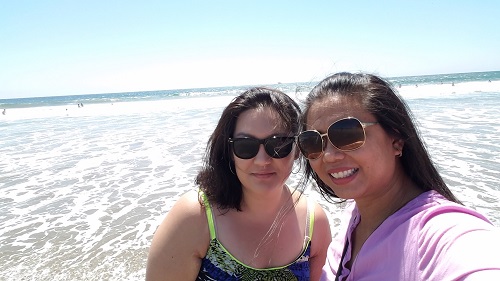 Aside from the beach, my biggest thrill was catching a Gyarados in the middle of the water. Must have looked like an idiot in the water with my phone swiping up, but hey the struggle is REAL when it comes to Pokemon Go!

We eventually headed over to go to our wine tasting, got the venues wrong (whoops!), and dealt with a girl with almost zero personality – could use a heavier hand when pouring our tastings. Probably after the third tasting were we really not caring about anything. 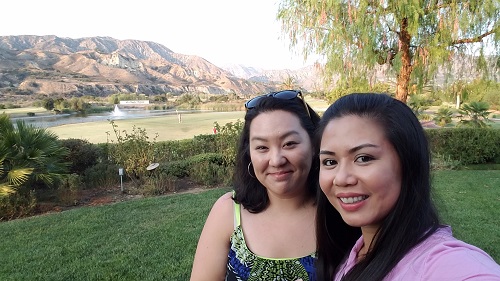 T’was a fun time with bestie with lots of laughing, food, and singing Backstreet Boys & Simple Plan in traffic.